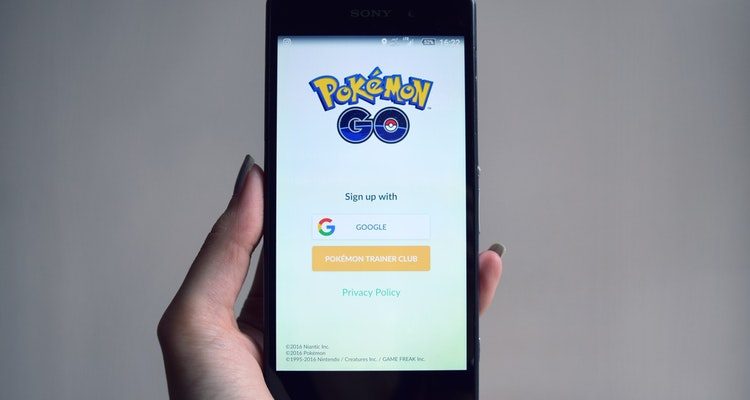 Pokémon Go was one of the big phenomena of last year. Along with celebrity deaths, the augmented reality game is probably one of the things 2016 will be most remembered for. However, the game is still alive and well and being given new features regularly. A lot of these have addressed problems fans of the game originally found. So, what is good about Pokémon Go in its current incarnation, and would these changes have allowed it to keep its original, huge player base had they been implemented earlier?

One thing that Pokémon players were crying out for, even in the early days of summer 2016, was the release of the creatures from Pokémon generation 2. These creatures have already been designed, and have been in the Pokémon fandom for about 17 years. The iconic first generation which included the best known Pokémon like Pikachu and Squirtle was fun, but the challenge ran out when you had most of them and players got frustrated when all they needed was one or two Pokémon and all that spawned when they started the game was the overwhelmingly common Zubat or Pidgey.

By adding the second generation, players had a bit more variety, and there was a new element of discovery. The second gen original Pokémon games were nowhere near as popular as the first and the anime also lost traction in the season where characters like Marrill were introduced, and so players were less familiar with the Pokémon that were released. Most players knew some of the first gen, but not much about the second gen, so it made the game fresher and more interesting.

Why Niantic waited so long to release the second generation, we don’t know, but it has made the game a lot more fun and may well have helped them hold onto their audience had they done it sooner.

When the first generation Pokémon games were new on the Gameboy, and also in the anime and movies, legendary Pokémon were a big deal. In Go, they are even the symbols of the three teams. People were curious as to when they would be released in the main game, and now, they have been. Those who were absorbed in the game a year ago are apparently returning to it – lured in by the prospect of catching an Articuno or Moltres. However, this does feel a bit ‘too little, too late’.

Catching these Pokémon requires a team effort, and because the game is no longer as widely played as it was in 2016, this means some people will see a legendary bird appear and not be able to catch it because they don’t have the manpower required. Adding teamwork into the game has been a good thing – after all it was intended to get people out and playing together – but this was launched when the game was no longer a social phenomenon and this means that the requirement for multiple players feels more like a penalty.

This brings us on to raids. As a game mechanic, raids are great. They make it possible to gain a rarer Pokémon and actually use the battling mechanics for something of worth. Had this been included in the original game, or in an earlier update, it would have been a brilliant addition that brought people together and offered something to get excited about. However, because it was introduced when the popularity of Go had already dwindled, it can again feel like a frustrating element. Not enough people play now to guarantee that you can even try a raid, and so it can just feel disappointing to see that there is a Pokémon you really want that you can’t get just because the people in your area have tired of the game and aren’t out battling at the time it appears.

Had this mechanic been used earlier, we can only imagine how excited people would have been to team up and go on raids. Now, however, it has the feel of a missed high five. It could have been great, but they gave it to us too late.

Another way Pokémon Go has improved from a gameplay perspective is in terms of gym ownership. It is now much less unfair, and this is good because it caters to people returning to the game who may be at levels that were considered good last year (like 20), but which feel a bit lame compared to those who have kept playing. Gyms also award more coins. This was probably a financial decision – in the early days when Go was a big deal Niantic could trust that people would want to spend money on egg incubators and lures, but now, that isn’t the case.

These items, which enrich the game can now be achieved by winning in the game, and this makes a lot of difference. Winning back the player base should probably be a bigger priority for the developers at this time than milking existing players for pennies for in game perks. You only have to look at sites like https://mobilegamerhub.com/ to see how many quality games there are in the mobile gaming sector, and Pokémon Go has to compete with this.

A Better Game, But Suffering from a Smaller Audience

All things considered, Pokémon Go has become a much more interesting game. The gym mechanics have improved, raids make it possible to catch rarer Pokémon, and the addition of special events has made it worth logging on if you still play casually.

However, these are all changes that, had they been added sooner, may have prevented the collapse in interest in the game. Knowing that the fad appeal has ended, Niantic should probably have thought twice about introducing mechanics that rely on lots of people playing at any given time. It is a much better game now, and a lot fairer and more exciting, but unless it can reel in more players and more media coverage, a lot of these efforts are lost. It will be interesting to see how things develop in the Pokémon Go sphere.

How to Become a Professional Gamer in 5 Easy Steps