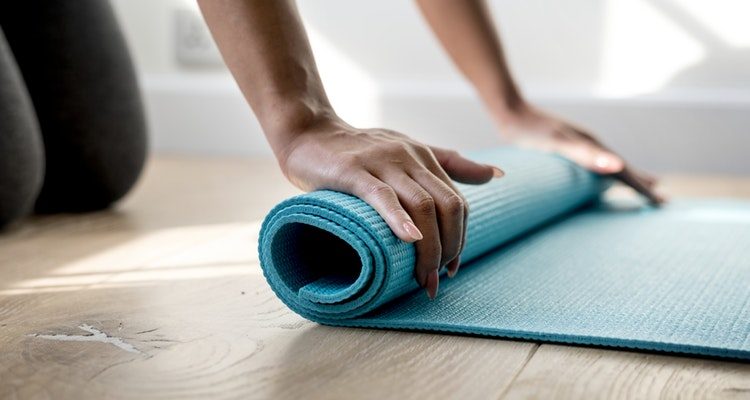 “If you drink this tea/coffee/juice,” says the packet of the Latest Fitness Trend™, “you will lose those pesky pounds that just won’t succumb to your self-imposed cake-ban.” Even sceptics might find they pause a moment before putting the packet back with a scoff; after all, there’s something instinctively tempting about the promise of losing weight easily, even though we all know, deep down, the only easy part is that there’s only one answer for losing weight: eat less, move more.

Still, fitness fads tend to take off no matter how outlandish they seem, precisely because everyone is hoping someone will find an easier way.

Here, we explore a few of this decade’s weird fitness trends.

Running around without shoes on

In 2010, runners went on strike against footwear and became one with nature. Specifically, via their feet — barefoot, or “natural” running became the in-thing.

Supporters of barefoot running claimed that shoes and trainers held feet in an unnatural form, which caused a higher injury rate (presumably not comparing injuries caused by stones/glass/sticks etc when running barefoot vs with shoes on). It’s also said that running barefoot strengthens the tiny muscles found in feet, ankles and legs which can also reduce the risk of injury.

However, the trend fizzled out. Experts have said that switching to barefoot running without properly transitioning makes you prone to injuries. Plus, there’s been numerous reports of horrible happenings to barefoot runners, including parasitic infections like cutaneous larva migrans, tungiasis, and fungal infections.

Even though it’s classed as a fitness fad, high heeled workouts actually have some scientific evidence to support its claims. Research has suggested that just walking in high-heels (below three inches) can shape the calves and improve muscle tone and shape. Make sure to have some gels for pain relief handy if you’re anything like me and high heels leave you feel sore!

Whether you’re doing squats or lifting weights, wearing heels during your workout adds an extra element of challenge. It hasn’t been fully determined whether wearing high-heels for a workout can result in weight loss, but it can help you learn how to walk better in them.

Making the room hot and sweaty BEFORE you even start

As is typical for most fitness trends, this next one found its feet in New York and Los Angeles. “Hot barre” involves doing classical ballet moves in a room heated to 40 degrees and it took off around 2015. Advocates of the fad say that hot barre encourages you to gain a deeper stretch while helping you release toxins and feel detoxed. Then, as the body has to work hard to cool itself down, you can expect your metabolism to boost and number of burnt calories to increase.

Increase, yes, but not by much. Self reported on the matter, noting that while heated room will cause an increase in burned calories, the profit for all that forced sweating is a measly 35 more calories in a 45 minute session. For perspective, a single Jaffa Cake has 45 calories.

But hey, a profit is a profit, and you can now do sweatier versions of all kinds of exercise now, even ‘hot yoga’.

Twerk classes are so 2015. This year, it’s all about plogging. It’s a Scandinavian based trend that encourages people to pick up litter while out running — improving health and the environment.

Plogging is a combination of the word ‘jogging’ and the Swedish phrase for ‘pick up’, (‘plokka upp’). The exercise part comes from running with intermittent squatting and lunging so you can pick up rubbish from the ground. It is an effective calorie burner too — fitness app Lifesum estimates that a typical user will burn 288 calories from 30 minutes of plogging. If you’re new to jogging in general, pace yourself and remember to warm up and cool down properly afterwards. Keep a few pain relief gels handy in case of any soreness afterwards and keep hydrated.

Of course, no good deed goes un-Instagrammed, and photos of ploggers carrying bags ready to get fit and save the planet have been making the rounds. Could we see this trend become widespread sometime soon?

Getting More Done In Your Business: Five Website Automation Tips

Is Your Product As Appealing As It Could Be?