The role of technology in preserving museum artefacts 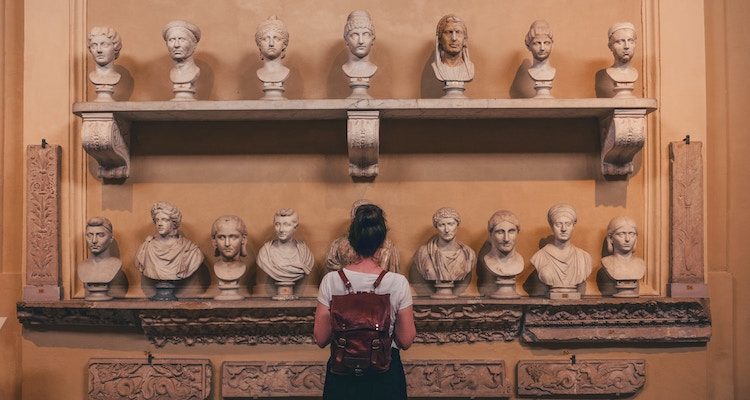 If you’ve ever visited a museum or art gallery, you will know that the items you are viewing could be hundreds, thousands or even millions of years old. These ancient artefacts are they key to unlocking the history of our wold and in order to keep them safe for future generations to enjoy, we must learn how to preserve and protect them. It is always upsetting to hear that a valuable museum artefact or painting has been ruined by human interference or natural causes. Whilst only so much can. be done to prevent these unfortunate accidents form occurring, museums and galleries do have a range of modern technology to help them keep their pieces safe.

The Smithsonian has released a list of the main factors which typically contribute towards artefacts becoming damaged. These are:

Neglect — forgotten artefacts in storage, poor record keeping, or simply not following process can cause artefacts to succumb to other deterioration factors on the museum’s list.

Theft and vandalism — self-explanatory, the mishandling or purposeful damage to artefacts and art can leave them irreparable.

Physical force — from the obvious force of impact to vibrations and pressure, physical force can damage any museum artefact or artwork. This is why museums display their pieces in cases or behind designated barriers. Of course, this isn’t always fool-proof. For example, did you know Michelangelo’s David has a delicate flaw in its ankles? A slight shift in angle, a strong vibration from a train or footfall, or a natural disaster like an earthquake would send David tumbling.

Pests — a particular problem in taxidermy specimens or natural materials, pests won’t pause to consider the historical value of one textile from another before chowing down!

Pollutants — gases and dirt can lead to the swift decay of certain artefacts. Chemicals in cleaning can also erode away materials. Even the oils on your hands can be harsh enough to pollute some delicate artefacts.

Fire — rather self-explanatory, fire can cause the utter destruction of an artefact, through burning or the resulting smoke damage

Light — light damage can cause fading or cracking in some artefacts.

Of all of the above factors, the main cases of damage to artefacts was identified as temperature and humidity damage. These two elements are noted to be able to accelerate the rate of decay, growth of mould, or warping. Without adequate protection, the cost of artefact lost can be immeasurable, from a loss of monetary value to a loss of any physical record of that item.

For example, the renowned Oxford Dodo specimen holds the title of the most complete single dodo specimen in the world. And yet, all that has survived is the head and a foot thanks to an infestation noted in the specimen around 1755; feather mites are highlighted as the main culprit for devouring the taxidermy dodo’s torso, wings, and feathers. Preservation Equipment advises that a high humidity can encourage fungal growth and pests in natural materials; could better temperature and humidity controls have saved more of the last dodo specimen?

Damage caused due to pests can certainly be worrisome, however, the rapid progression of humidity and temperature damage makes it the number one concern. The Telegraph reported how, when the glass roof of the Natural History Museum was cleaned of around 150 years’ worth of dirt, it was quickly discovered that the gathered dirt and the decision to remove the solar reflective film from the glass had had unintended side effects. The article outlines how temperatures in the museum have rapidly increased, reaching more than 40°C, with specimens in the museum suffering extensive and potentially irreversible damage already. The skin of specimens is cracking and drying, fading as they are sun-bleached, and whale skeletons are also degrading as a result.

The museum is planning to replace the solar film and is also taking steps to install a new HVAC system to aid in the preservation of their pieces. The problem is not restricted to the UK either — over in Denmark, the country faces losing many historical artefacts due to a rise in damp and mould growing in its museum storage areas, which are reported to lack air conditioning units. CPH Post commented that the museums are using old buildings such as barns or lofts to store the artefacts, which means they aren’t being protected by any level of temperature control. More than 70,000 items are at risk of being destroyed as a result of 118 buildings used for storage being marked as riddled with mould.

In order to protect our museum artefacts for generations to come, it is clear that museums and art galleries must utilize the cooling technology at their disposal. The optimum temperature is between 16°C and 20°C — though temperatures as low as 10°C probably won’t cause harm, the risk of condensation grows for anything below 10°C. In terms of humidity, the advised relative humidity is between 40% and 70%, to avoid drying out items or encouraging pest or fungal infestations. It has also been noted that rapid fluctuation in humidity can be problematic.

Why Working From Home Is So Popular In 2018

How to Improve the Customer Experience in Your Retail Shop

The role of technology in preserving museum artefacts