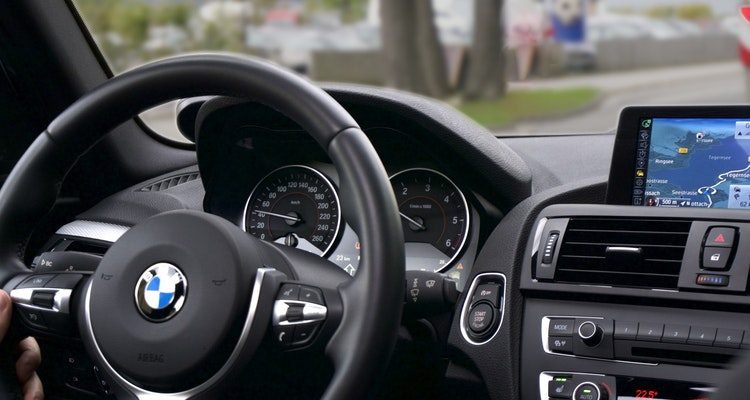 For any company, the design of their logo is important. It’s pretty simple to understand why; Logos are a visual representation of a company’s brand. They are a symbol that they hope will represent their business and all the great value-propositions that it stands for. Interestingly, though, these all-important symbols are often designed for reasons that have been lost to history. In this article, we will look at a few of the iconic logos in the automotive field and listen to the stories they tell.

The birth of the Ram’s head for Chrysler’s truck line has an interesting story behind it. As the story goes, a young sculptor named Avard T. Fairbanks lived in Detroit needed a more reliable car than his old Willys-Knight but didn’t have money to buy one. Being a bit of an opportunist, he reasoned that he could design a new mascot for one of the major car companies in Detroit in trade for a new car. The first company he approached was Chrysler Corporation. He presented them with a beautiful radiator cap with a ram’s head design.  According to www.westvalleychryslerjeepca.com , Walter P. Chrysler initially didn’t care for the design but soon came around and accepted it.

Did you ever think what the Toyota logo supposed to be? Is it just a fanciful “T” for Toyota?  According to Toyota, the three ellipses symbolize more than just a pretty pattern. According to the Toyota website, the stylized “T” represents “the unification of the hearts of our customers and the heart of Toyota products” and the background is for the brand’s “technological advancement and the boundless opportunities ahead.” Who knew?

The Subaru logo is an oval with a group of stars inside. As it turns out each of the stars has a specific reason to be there; they’re actually a group of stars in the Taurus constellation called Pleiades. In Japanese, this constellation is called Subaru, which means “unite.” The blue background, of course, is the beautiful blue night sky. Pleiades also goes by the name Seven Sisters.

Most people think the BMW logo is an illustration of a spinning airplane propeller. Unfortunately, that isn’t the case.  As the story goes, in 1917, BMW owner, Franz Josef Popp, needed to change the logo after the brand split from Rapp Motors. The logo isn’t a spinning aircraft propeller as they didn’t manufacture aviation components. It is basically an homage to Rapp’s old circular logo and used blue-and-white, the national colors of Bavaria.

Gottlieb Daimler, the founder of DMG Motors, designed the three-pointed star logo for their auto manufacturing brand in the early 1900s. The three points in the star are significant. They are said the represent Daimler’s complete domination of land, sea, and air. In 1926, DMG merged with Benz & Cie and they included a laurel wreath. The wreath was included on the Mercedes logo for many years but today has been discontinued.

Want To Be A Business Winner? Be A Risk Taker